ON FREEDOM AND COMING OF AGE: THE THIRD COLLECTION FOR DOCUDAYS UA FILM CLUBS 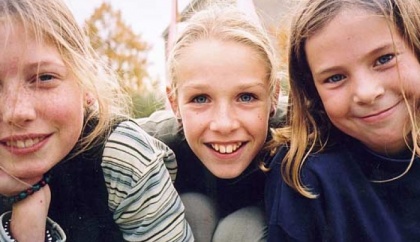 In spring, we start the third season of the Docudays UA film clubs and offer you to watch our new film collection which includes 16 excellent documentaries.

In spring, we start the third season of the Docudays UA film clubs and offer you to watch our new film collection which includes 16 excellent documentaries.

These films will help us discuss the impact of the technological process on the environment (E-Wasteland by David Fedele); the rights of hundreds of thousand of people who work for meager wages (The Other Chelsea by Jakob Preuss); life before and after incarceration (Starting Point by Michał Szcześniak; Born Dead by Jacek Bławut); the consequences of human sacrifices by Tibetans in the name of freedom (A Sacrifice by Theo Hessing). We will also look into the impact of long-term military conflicts on the next generation (This Is My Land by Tamara Erde); try to understand the real meaning of the inviolability of private life and its loss (Erasing David by David Bond); and stay at an unusual hotel for the homeless (Hotel 22 by Elizabeth Lo).

The new collection pays special attention to films for children and adolescents. As many as eight films touch upon important topics of coming of age and self-searching. These are stories about an eleven-year-old boy who does not want to be a boy (The Day I Decided to Be Nina by Ingeborg Jansen); the complex process of becoming a personality through the search for your own purpose (Kacey Mottet Klein, Birth of an Actor by Ursula Meier); the struggle for your own and your neighbors’ rights in the journalistic investigation by a Brazilian boy Gabriel (Gabriel Reports on the World Cup by Els van Driel); the survival of gymnast children who are trying to push their own way into the future (Blossom with Tears by Huaqing Jin); the conflict between a 13-year-old boy’s imaginary world and the society which teaches him to live according to a certain set of rules and dogmas (How Are You Doing, Rudolf Ming? by Roberts Rubins); one of the most beautiful works on childhood and searching for shelter (Lisa, Go Home! by Oksana Buraja); and even animated documentaries (Counting Days and Years by Monne Lindström; The Night Witch by Alison Klayman).

Following the tradition of combining film screenings with discussion, we prepared methodology guidelines and scenarios that will help our film club moderators to discuss with the audience all the important issues raised in the films. The editor of the manual, a media education expert Valentyna Potapova explains what is special about these guidelines:

“First of all, the manual is special because its authors tried to include all the requests from film club managers articulated at 19 educational seminars in 2016. 10 out of 15 films are short (4 to 28 minutes), which will allow moderators to organize screenings for high school and university students using a time frame of a school class (45 minutes) or a university class (90 minutes). As we tried to determine the goals and tasks of film screenings, we focused our attention on the key concepts and categories of human rights, such as dignity, equality, universal rights, inalienable rights, privacy, rights and freedoms and so on. These are the concepts and categories which are absolutely necessary for a deep understanding of the philosophical component of human rights.

“However, taking into account the wishes of our target audience, the guidelines included many games, fairy tales, visual methods. For example, before the screening and discussion of the film The Day I Decided to Be Nina we offer schoolchildren to read the fairy tale The Lame Duck and think about the extent to which our ‘understanding’ of what is normal allows us to intrude into the lives of others.

“In addition, the manual includes advice for beginner moderators of film screenings on how to ‘manage’ the process depending on the ‘types of participants’ and to achieve the desired result. It is crucial for moderators to understand that, during discussions, the most interesting thing for the participants is not the moderator but the discussion process itself.”

The films of the collection are already available to watch at our website in the Film Library category (after authorization).

The manuals with scenarios and methodological guidelines are available for download at the Teaching Materials category (after authorization).