A Screening with Elements of Inclusivity in Dnipro 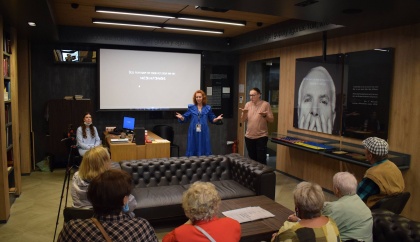 According to unofficial data, there are about 1 million people with visual or hearing impairments in Ukraine. For them, such a mundane thing such as watching a movie at home or going to the cinema becomes a real challenge. Most films do not have audio descriptions or extended subtitles.

The Human Rights Media Education Film Club “Potential” at the NGO Civil Chamber of Ukraine hosted a screening with elements of inclusivity for people with hearing impairments. The event partners were the John McCain Library of the Ukrainian Diaspora and the Tourist Information Centre of Dnipro.

The audience watched the film Giovanni and the Water Ballet by the Dutch filmmaker Astrid Bussink. The film has extended subtitles, which is very important for people with hearing impairments, because they “listen” with their eyes.

The film evokes positive emotions with warm memories of one’s own childhood. Ten-year old Giovanni has a dream: he wants to be the first boy to compete in the Dutch Synchronized Swimming Championships. Because his chosen field is viewed as typically one for girls, not everybody is as understanding as they could be. But Giovanni runs his own race, and his girlfriend Kim really gets what he is trying to do. When they are alone they chat about the future. Will Giovanni be able to take advantage of Kim’s support and make it to the Championships?

After the screening, the viewers discussed the importance of supporting a child for their personality’s development. Everyone has the right to free development, achieving goals and fulfilling dreams. 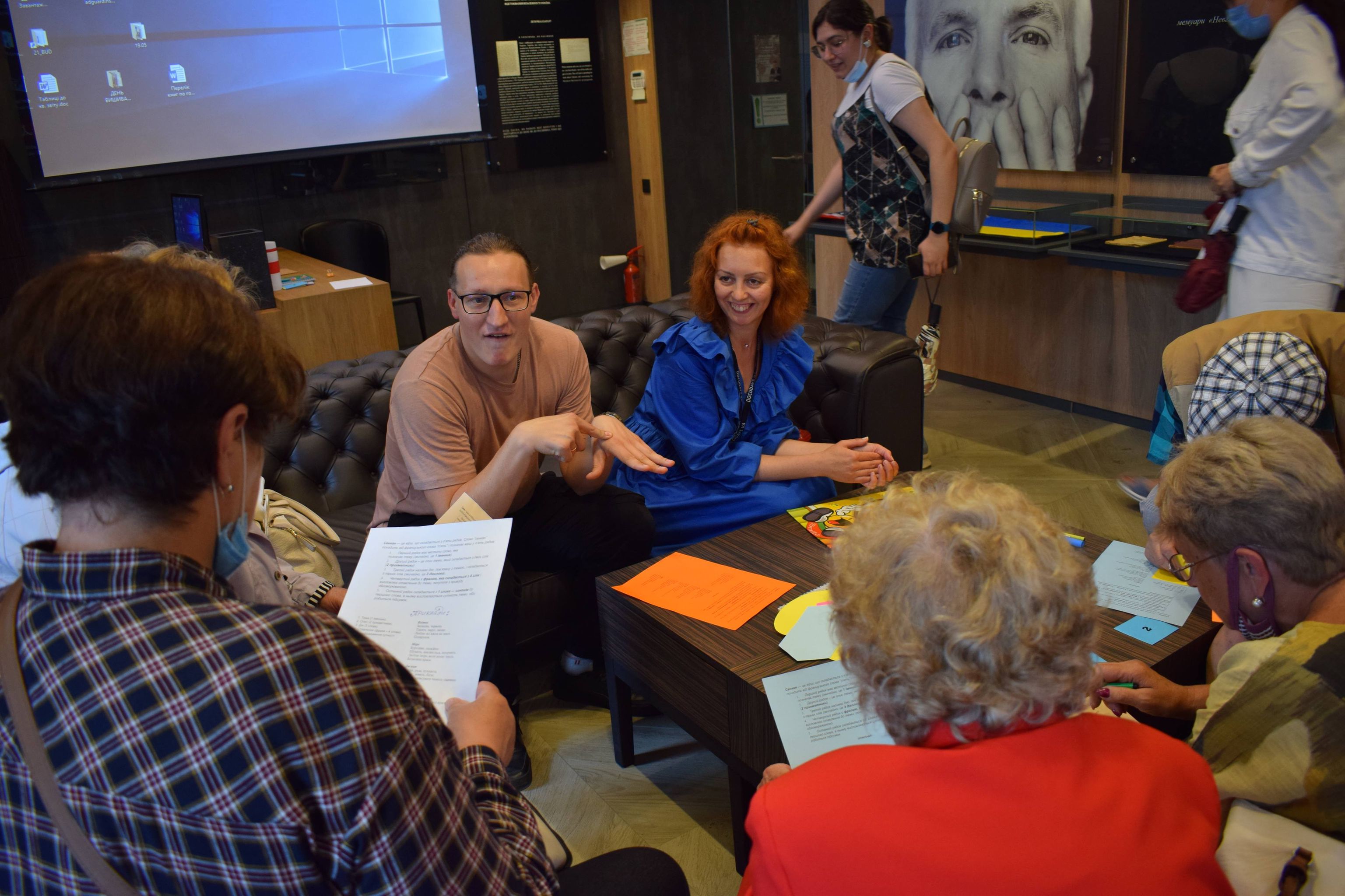 The audience noted that it was unusual to see a boy in a “women’s” sport field, but it’s completely acceptable, especially in the contemporary world where the boundary between the “feminine” and “masculine” is becoming more and more blurred. They continued the conversation around their own experience and perception. “Personally I don’t like women in boxing, it’s hard and crude for a woman. But it happens, I think they like it,” added an audience member.

In the end, to describe their own feelings and comprehend what they had seen on the screen, the audience created a cinquain.

A cinquain is a poem with five lines. It helps to generalize information, articulate something complex in a few words. This simple exercise provides a powerful and multifaceted method for reflection. Communicating thoughts, feelings and ideas in a few words is a difficult but interesting task. So the audience said that the main theme, the main message of the film was happiness, dream, gift.

We are immensely grateful to the sign language interpreter who enabled us to communicate with the audience freely. For most viewers, this film meeting was the first experience of watching a documentary not about historic military facts, but about interesting contemporary events. So the Potential Film Club is planning our next meetings.