The Divine Sweetness of Honeyland 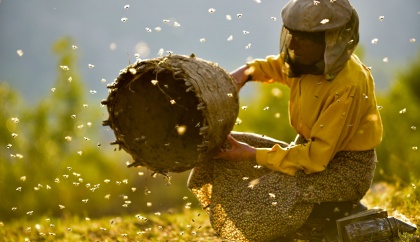 In the Film Club on Zelena Str., the audience watched the film Honeyland by Ljubomir Stefanov and Tamara Kotevska; the screening was followed by a discussion in a circle of interesting personalities about what it means for Humanity to live in harmony with Nature and with their neighbors.

The film’s protagonist Hatidze Muratova lives in a mountain village of Bekirliya in North Macedonia, abandoned by all its former residents and cut off from electricity. She takes care of her feeble 85-year-old mother and, despite her very primitive living conditions, tries to preserve the archaic tradition of beekeeping. For her, this work is a source of material and spiritual life. It is a source of her inner peace and the non-loneliness of her soul against the background of emptied mountains, alone with Nature. But remote waves sent out by the consumer civilization reach her poor hut. One day, Hatidze’s peace is broken by a big nomadic family. For the newcomers, her “honeyland” no longer has sacred significance...

The film’s story is relevant for Ukraine. Macedonia is also a multinational country, it also became independent in the 1990s and went through a complex path of state building and recognition; just like us, it is in the queue for joining the EU. Villages such as Bekirliya can also be seen here. And not just in the Chornobyl Zone. The temptations of making money in the city or abroad suck people out of their family homes, tearing them away from the traditional way of keeping the land.

The film screening became possible thanks to the DOCUSPACE online cinema: https://docuspace.org/.

The online cinema’s guests who acted in the symbolic roles of a Teacher, Beekeeper, Economist, Environmentalist, Poet, Artist, actively discussed the fate of the film’s protagonist, the future of the technogenic civilization. The discussion raised some real problems in the beekeeping practice in Ukraine, touched upon the principles of sustainable development in agriculture and environmental ethics.

Our speakers this time were:

Volodymyr Hlova, director of the Y. Khraplyvy Zalishchytsky College of the National University of Bioresources and the Use of Nature

Natalia Pasichnyk, professor at the Ternopil National Pedagogical University, member of the Association of Writers of Ukraine

The discussion was moderated by Oleksandr Stepanenko.

In recent years, Ukrainian beekeepers have suffered the most from uncontrolled use of agricultural chemicals for technical crops, as a result of which their bees are dying rapidly and in mass. Recently, over a thousand of permitted pesticides and agricultural chemicals have been registered in Ukraine, including over 300 pesticides in categories I and II: extremely dangerous and dangerous. There is currently no control by any government agency over any of the pesticides in water, air, soil. The government has removed itself from controlling which pesticides exactly are used by agricultural companies and in what amounts, whether they are imported to Ukraine legally, and whether chemicals banned in Ukraine or expired chemicals are used. Establishing the causes of the mass extinction of bees looks procedurally and technically complicated. Not all beekeepers can prove the real cause of their loss of bees legally in court and receive compensation for the damages, especially if they are opposed by a powerful agricultural holding as the defendant. 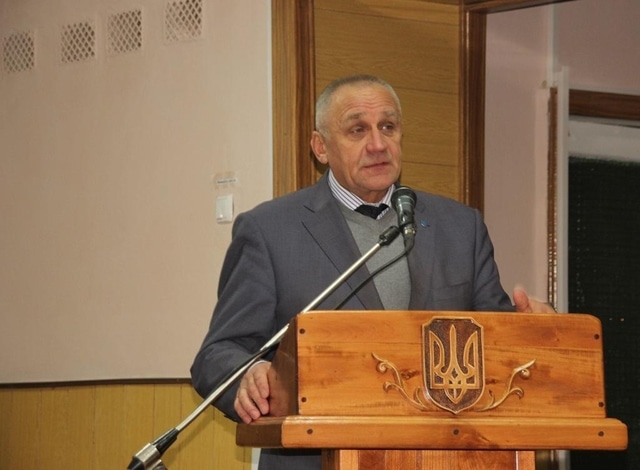 Volodymyr Hlova: «Agrarians used to try to achieve high crop yields first of all, they chased centners per hectare. Today, we evaluate our productivity exclusively in the monetary equivalent. But we have to look deeper: How do our actions affect the state of the environment, the land? Will it keep its fertility and will it be liveable tomorrow? We think too little about who we are and why we are on this Earth. The film makes us think about these things.” 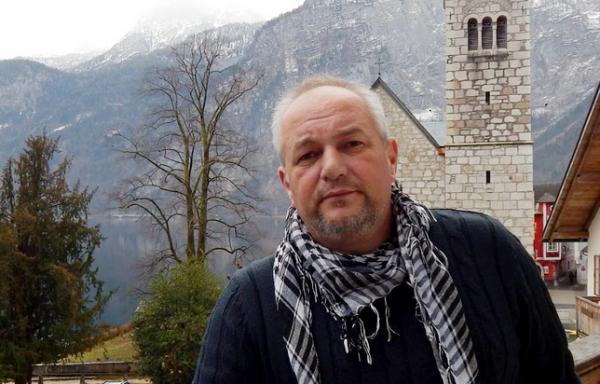 Petro Blishchuk: “I see a confrontation of two worlds in the film. The world of the woman, Hatidze, who cares for her ‘honeyland.’ And the modern consumerist world with its greed and attempts to take from Nature and its neighbors everything to the last drop, and immediately. But we must find a way out of this gap between the two worlds. The leading global economic analysts predict that the next stage of development will be a return to artisanry. In the sense of restoring tradition, uniqueness of the product. Of course, artisanry can be revived at a new, qualitatively higher level of knowledge and technology.”

In this sense, it is good to hear that Ukraine will finally try to join the transnational Polish-Belarusian nomination Polisian Beekeeping, which aims to revive the traditional craft of forest beekeeping, close to Nature, and to present its examples on the list of UNESCO intangible heritage. Of course, they can be preserved only in protected territories, in a country where environmental and cultural policies are effective and not funded as an afterthought. We can hope that this type of beekeeping will prove to be less vulnerable to the risks compared to large-scale honey manufacturing, closely tied to growing monocultures, systemic use of pesticides and intensive soil cultivation. 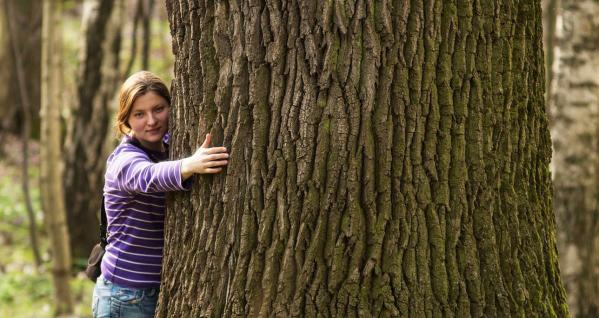 Kateryna Polianska: «The most important thing is Hatidze’s lifestyle is sharing, not taking any excess from Nature, being its part. It’s probably a traditional feature she inherited from her ancestors. The guests that showed up near her are an image of consumerist society which is currently dominant, unfortunately. People have lost the capacity to conscious self-limiting which was an achievement of every real culture. They want to have more money and things every day, without thinking about the consequences…”

People for whom land is losing its sacred meaning develop sacred treatment of money instead. And this is the phenomenon that is gradually becoming the determinant not only in land relations, but in society, economy, consumption in general. “Money fetishism,” unfortunately, has become one of the leading factors of our country’s development in the post-Soviet period. Corruption in the government is one of its most notable manifestations. But in general, it manifests in a lot of things. 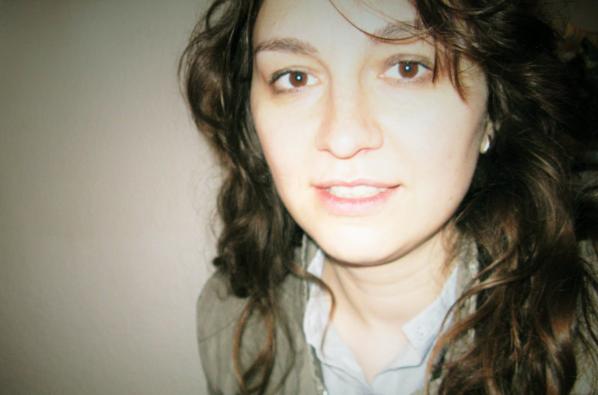 Natalia Pasichnyk: «The film is really beautiful, poetic and sad. The sadness is caused by the woman’s loneliness while surrounded by people. However, she is not lonely when she’s alone with Nature. And it seems like she does not seek a different fate for herself. Yes, she is the carrier of culture here, even if it’s archaic. This deep call of culture condemned her to being a caring ‘shepherd of bees.” But her values and way of life are not understood by the people she meets on her path. They are tempted by this world, caring duty is something they don’t understand. They subjugate space, nature, each other, their own children… However, the film’s authors do not push us to any definite evaluations, to condemnation. In the end, the newcomers also live off their own work, they teach their children to work. Even if they mostly do it crudely and awkwardly. The film is open to compassion and thinking about all its characters. That is one of its good features.”

The film has an interesting post factum: its authors sincerely tried to help their protagonist, to improve her living conditions. Because in the three years that they worked on the film, they became friends. We know that with the first money they got from the film’s distribution, the film crew bought an apartment in the city for her. But Hatidze only spends the winter in her city dwelling. As soon as the Sun comes out and the day grows longer, she returns to her mountain home and her bees. So the world also tried to catch her and could not. 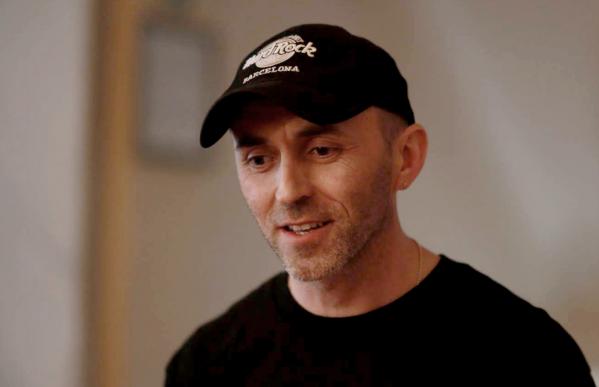 Ostap Baranovsky: «The protagonist represents the past, she is almost a Biblical archetype. And this big family that expands into her world are the present, they are all of us or most of us who fight for survival. And the conflict between these two worldviews is inevitable. Nobody has a choice here. So the film does not and cannot have a fairy-tale narrative, a happy ending. That is why you get an emotional shock from watching it. In addition, from the artistic perspective, it’s a high-quality work, both in terms of cinematography and the dramaturgy of the plot.”

The film demonstrates a real person who lives according to the principles of environmental ethics. Maybe this uneducated woman is not familiar with the concept of environmental ethics itself, but her behavior shows that she sees other living creatures not only from the perspective of their use for her. She realizes that they need to be taken care of for their own sake. Her Earth stops being just a resource, she becomes an agent of ethical attitude. Her life example proves once again that ethical treatment of Nature in many local manifestations was an organic part of traditional cultures. Only later did high-brow intellectuals spread environmental ethics to the limits of the global ecosystem.

But, unfortunately, ethics of life in harmony with Nature is still not a value shared by many: in politics, in economy, in everyday life. The world needs personalities who are capable of successfully promoting them.. 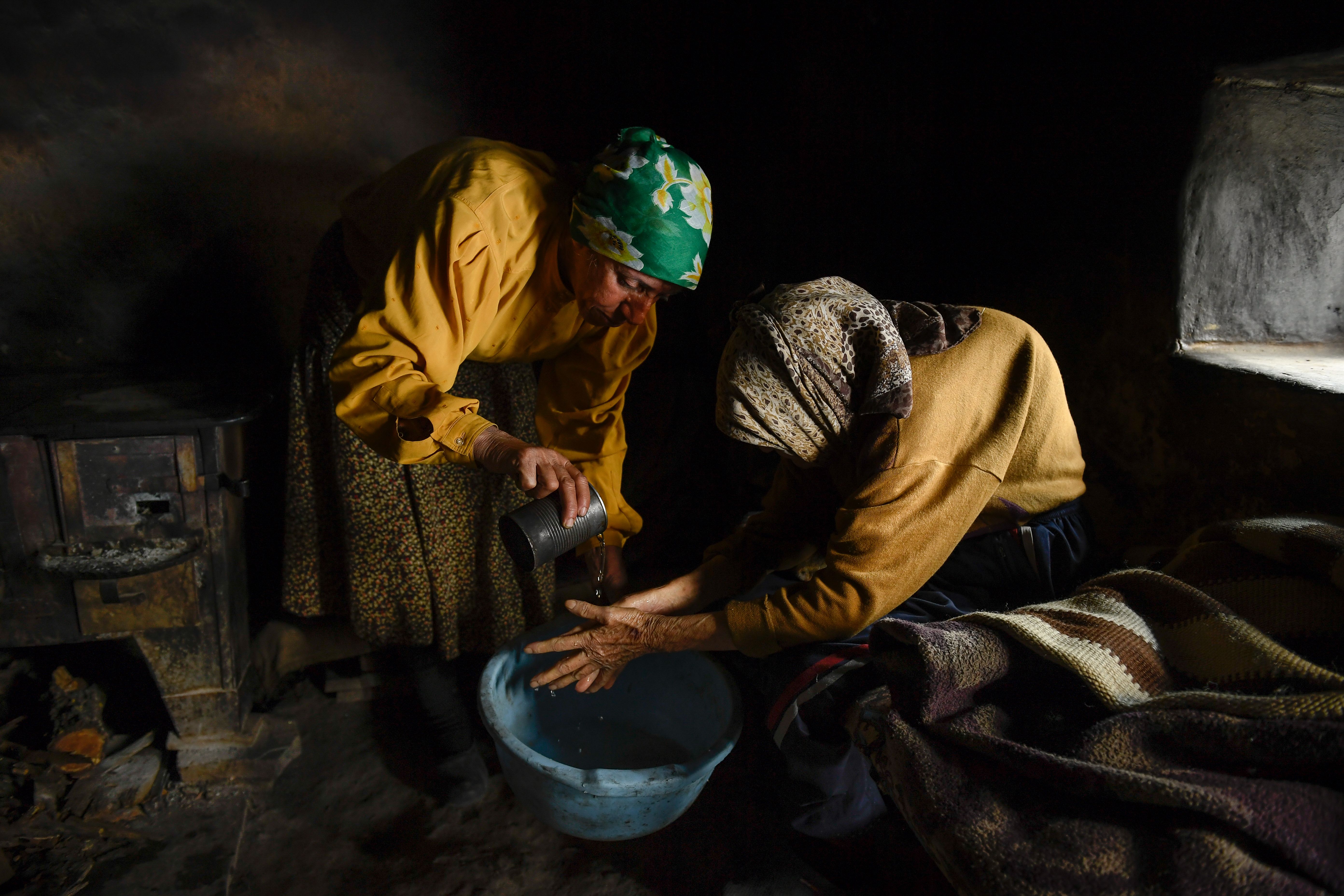 In our view, Pope Francis could be such an “environmental guru.” His environmental sermon is valuable for all the residents of Planet Earth, regardless of their religious and national identity. So at the end of our discussion, we presented the Ukrainian edition of the environmental encyclical  Laudato Si, On Caring for Our Shared Home, which has recently been published.

The encyclical’s title is derived from “Laudato si’, mi’ Signore” by Saint Francis of Assisi, who, in his Canticle of the Creatures, said that Planet Earth is our shared Home. Saint Francis, whose name the Pope took, is often mentioned in the encyclical; Pope Francis believes him to be an example of how “caring about nature, fairness towards the poor, conscious position in society and inner world are inseparable from one another.”

See the announcements of future online events of the DOCU/CLUB Network on the official Facebook page of the Docudays UA Film Club Network.